Domains from A to Z 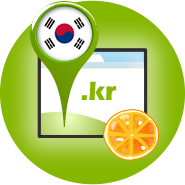 .co.kr is a country-specific Internet Domain (ccTLD) from the Republic of Korea.

The Republic of Korea is an East Asian state on the southern half of the Korean Peninsula. To the north, it is bordered by North Korea (Democratic People's Republic of Korea), with which it was united until 1945. To the west, across the Yellow Sea, lies China and to the southeast, across the Korea Strait, lies Japan. Approximately one-half of South Korea's population lives in or near the capital Seoul, the second most populous metropolitan area in the world.

Within .co.kr the term .co is the abbreviation for "commercial".
Thus this domain is especially fitting for tradesmen and other commercial entities related to South Korea.


Check availability!
Back to domain overview

Rules and regulations for .co.kr domain

To register a .co.kr Domain you need a postal address of the place of residence in Korea.

Module base price per month incl. 0% VAT for United States for yearly payment in advance,
if applicable plus one-time setup fee as well as fees for domainservice and extensions of your choice.
Modules may be not available separately or not without other modules.

Final price of your desired configuration incl. residence-depending VAT will be displayed at completion of package configuration incl. all price components.
Prerequisite for use is a common personal computer including internet access, up-to-date web browser and state-of-the art security software (not included in price).
We reserve the right to update technical specifications in terms of product development and system security updates without further notice.